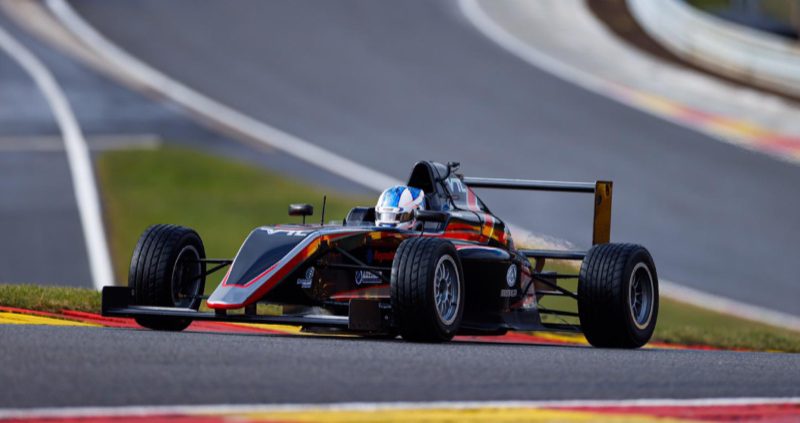 Alex Dunne begins his Car Racing career this coming weekend, April 29th to May 1st, on one of the most challenging tracks in Motorsport. The 15 year old aspiring Grand Prix racer from Offaly will tackle the Spa Francorchamps circuit, home of the Belgian Grand Prix, as he competes in the first three rounds of the Spanish Formula 4 Championship.

Following a hugely successful Kart racing career Alex has chosen to start his Car Racing journey in F4 as it is sanctioned by the FIA as the first step on the ladder to Formula One. For his debut, the Motorsport Ireland Race Academy backed teenager will partner with top Irish race team Pinnacle Motorsport, who also begin their first season in Spanish F4, following many years of success in Asian F4, F3 and Endurance Racing.

The Spanish Formula 4 Championship is one of a five, FIA sanctioned, European F4 competitions and while Spanish based, it will also take in races at Grand Prix tracks in Belgium and Portugal. The Spa season opener will enjoy a very high profile and offer Alex the chance to impress in front of some of the biggest names in world motorsport, as he races on the same bill as the World Endurance Championship.

This coming weekend will not be Alex’s first taste of the Spa circuit, or of F4, as he has been testing at the Belgian track, and in Spain, in recent weeks. Despite being one of the least experienced drivers at the official test in Belgium, Alex impressed by adapting quickly to the track and the Formula 4 car, to record fourth fastest time, less than half a second off the top spot. He now heads into his debut race weekend full of confidence and ready to fight for top rookie honours as well as for the top places overall.

Speaking before his departure for Belgium Alex said, “I’m really looking forward to my first car race weekend and what better place to start than on the Spa Grand Prix track. I know its going to be very tough as many of the drivers have loads of F4 experience, but I showed at the test that I can run at the front and I’m ready to take them on. We have three races this coming weekend and the aim is to put in three strong performances, with no mistakes, and pick up as many points as I can to take on into the remainder of the season. I have to thank a huge number of people who have rowed in behind me this year to make this happen, including VTL, Maxus, Harris Group, KCMG, Reynolds Logistics, Artisan Marble, PDS Associates, Xpress Health, Motorsport Ireland and of course John O’Hara of Pinnacle Motorsport.”

Practice and qualifying for the opening round of the Spanish F4 series takes place on Thursday April 29th. Races one and two will run on Friday with race three scheduled for early on Saturday morning. The weekends action can be followed on the championships’ livestream on www.f4spain.org. Alex will also keep his fans up to date throughout the weekend on his Instagram and facebook pages www.alexdunneracing.com.