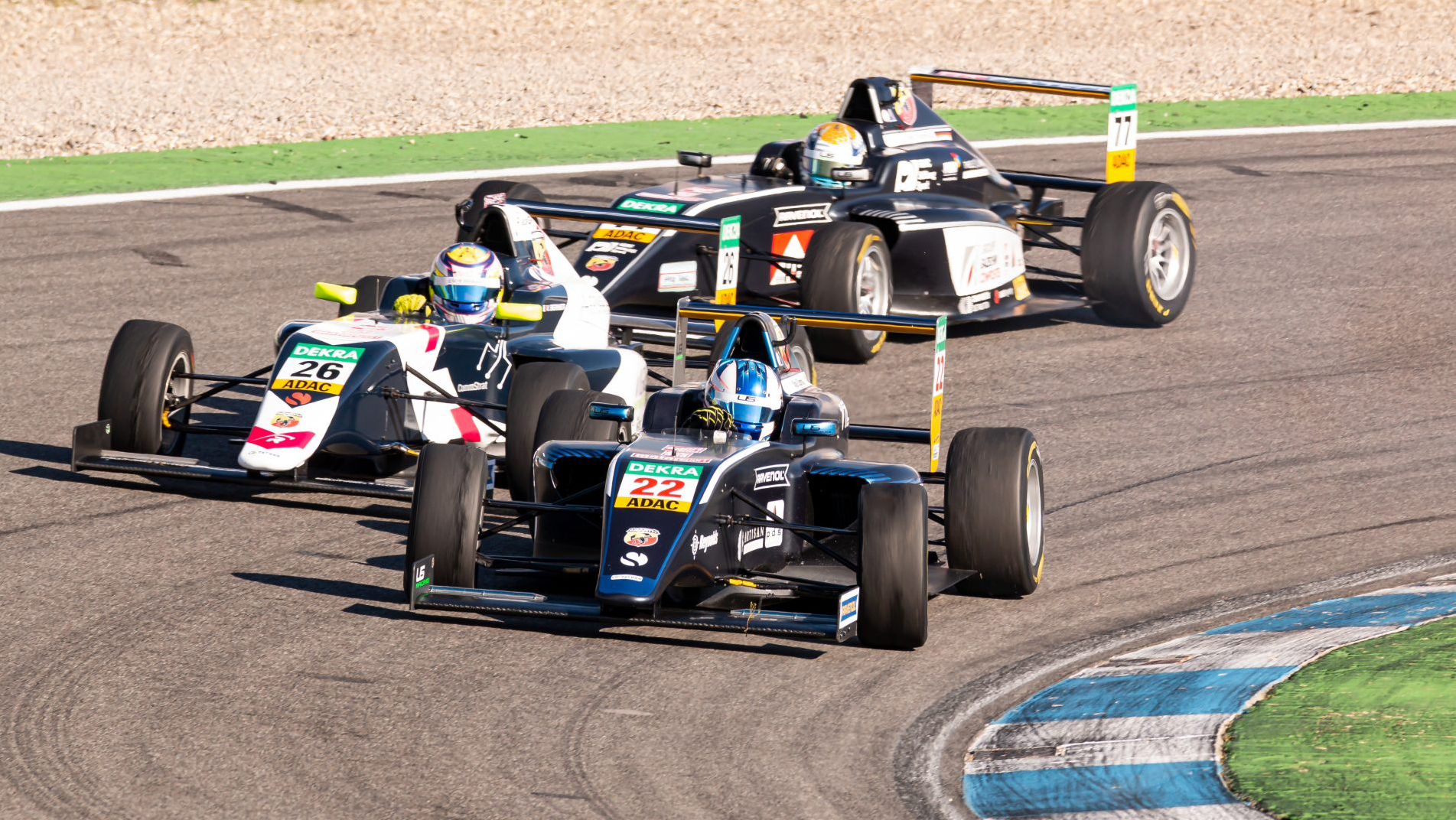 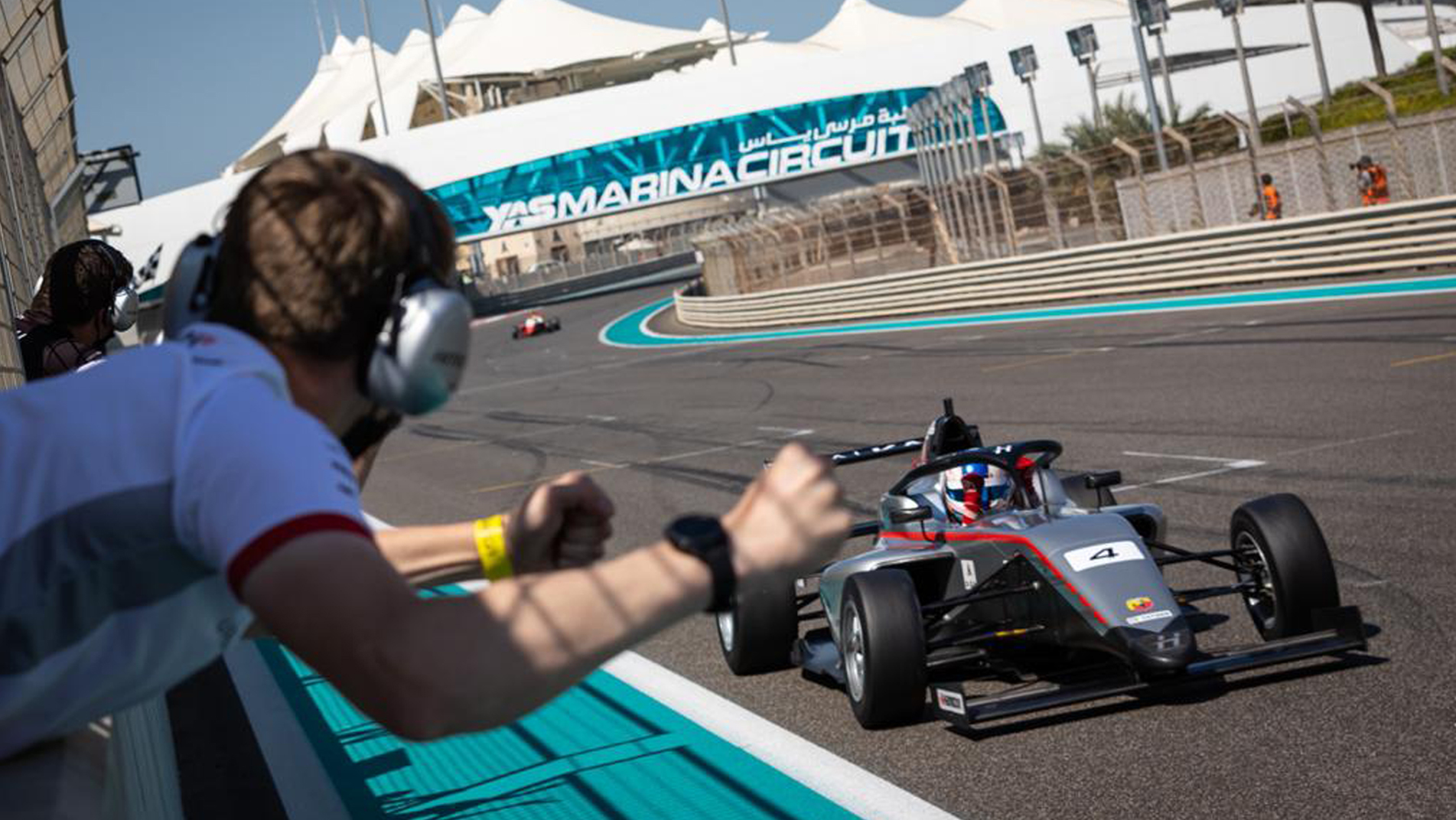 Alex has competed outside of Ireland almost from the beginning of his career in both Karting and now Car Racing. This year Alex will tackle races in the UAE, Britain, Italy, Belguim and Austria.

Following a number of seasons as Ireland’s top International Kart Racer, Fifteen year old Alex Dunne made his Car Racing debut in 2021 in the Spanish Formula 4 Championship before taking in some rounds of the German series. For 2022 he continues in Formula 4 in the British and Italian Championships.

The son of former Irish Champion Car Racer Noel Dunne, Alex has been around Motorsport since he was born and was eager to start Karting as soon as he was old enough. He initially raced at home in Ireland showing extraordinary talent from the word go. A decision was made very soon to move Alex to competing in the UK and by his third season Alex’s concentration was on the British Championship. While competing in Britain Alex returned home for occasional Irish events and dominated every race he competed in.

For 2017 Alex undertook the full British Championship with occasional European and World Championship appearances before shifting his focus solely to International competition for the following year, with World and European success as the primary goal.

11th place in the two biggest events of the season the World Championship and the IAME finals were the highlights of 2018 as Alex built his European experience in preparation for a full championship assault the following year.

2019 saw Alex produce the best results of his career on his way to seventh in the European Championship. Heat wins and a best overall finish of second, at round 2 in Belgium meant that Alex went to the final event of the season in with a chance of winning the European title. Another great performance unfortunately came to an end as Alex was pushed of on the last lap of the final race of the season, while battling in the top ten, robbing him of a possible fourth place championship finish.

The truncated 2020 season provided just four racing opportunities for Alex as he graduates to the Senior Karting ranks, with two European Championship races, a pre-world Championship warm up event and the 2020 ‘OK’ World Championship on his schedule.

For 2021 Alex moved into Car Racing starting off in the Spanish F4 Championship before moving to the German Series to race with Ralf Schumachers US Racing Team. Having set a sensational pole on his car racing debut in the Spanish series opener at Spa Francorchamps, Alex followed that up with his first podium. A move to the German seris saw him contest just three race weekends picking up five rookie class wins, two overall podiums, two pole positions and three fastest laps.

Alex began 2022 in the UAE F4 Championship which took place over five consecutive weekends in January and February. Having built up his experience in the early rounds Alex was one of the strongest drivers in the last two events finishing the series with his first two Car Racing wins along with two additional podiums and one fastest lap, to round out the season in fifth position. Moving to the British F4 series, Alex dominated the opening weekend taking two wins and a second place, from ninth place on the partially reversed grid, to take a comfortable lead in the championship. Alex followed up his British success with a win and two more podiums in the Italian Championship and then another three wins in the British series to lead both championships simultaneously.